Canvas DIY projects are some of my very favorite crafts to make. They tend to be inexpensive, versatile, and perfect for beginners. 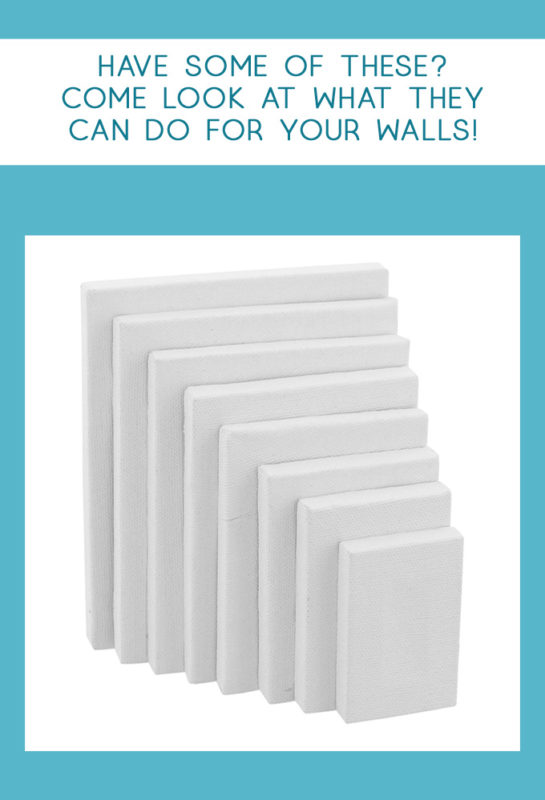 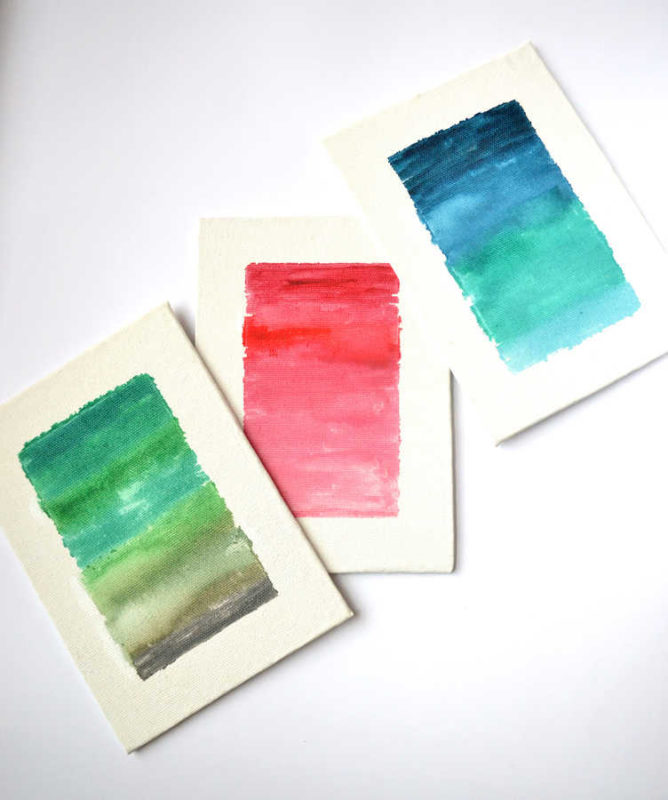 I created these watercolor canvases, with a watery, washed-out feel, and they’re perfect in our foyer! Here’s how I did it…

Step 1: Take your painters tape, and tape a border around each canvas. I made my border width the same width as the painters tape, but obviously you can change this up if you want. 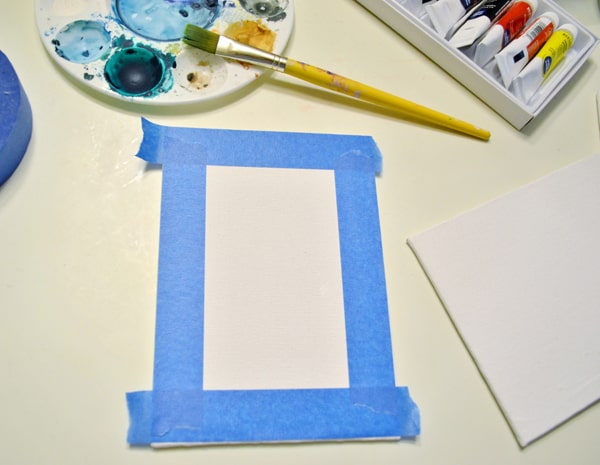 Step 2: Decide on the color scheme for your canvas, and start applying your first color. I made this one all blue, and I wanted it to go from dark (navy) to light, though, as you can see in the first photo, I decided it hang it upside down instead. 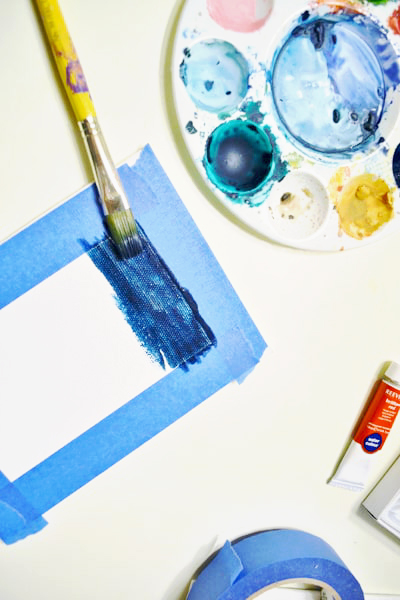 Step 2: Add a second color, blending it into the first. If it’s not blending well, just add a little bit of water to your brush and apply it where the two colors meet.

If it’s too watery, just take a paper towel and blot the excess. Watercolors are very forgiving like that.

Step 3: Keep adding and blending colors until you are satisfied with the end result… 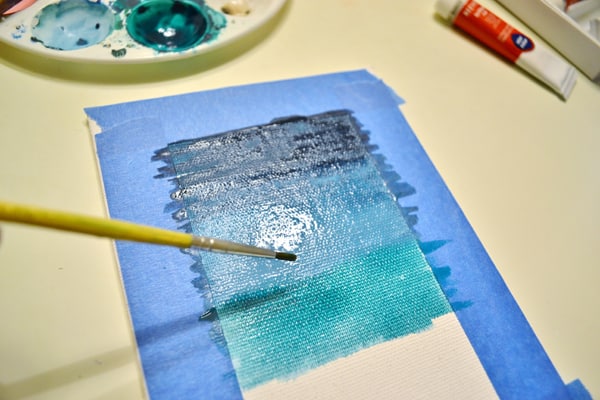 Step 4: Remove the tape. Because of the texture of the canvas and the wateriness (is that even a word??) of the paint, you will probably not get very precise lines, even if you firmly press down your painters tape at the beginning, like I did.

This is OK! Even better, in my opinion. But, if there are places where the paint is bleeding more than you’d like, there’s an easy fix…. 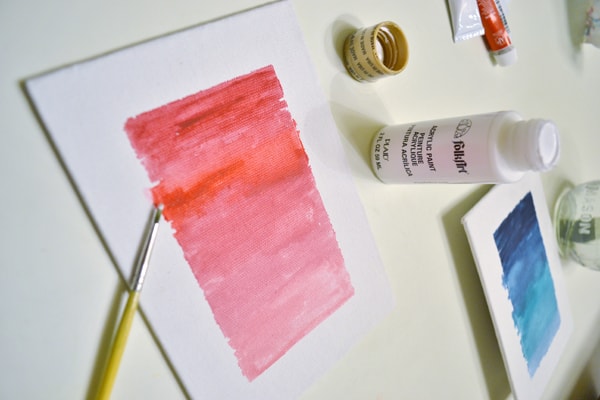 …just take some white acrylic paint and a clean brush, and fix any areas you aren’t happy with. 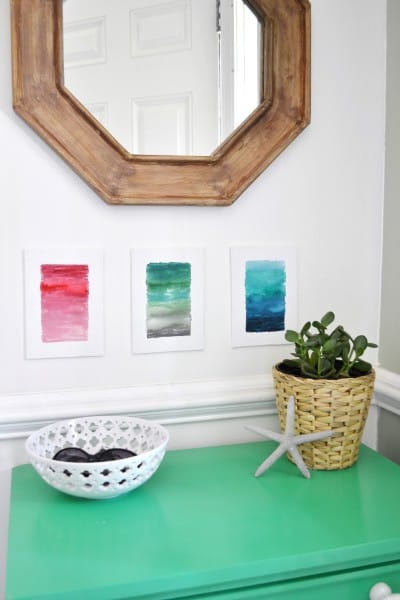 At about $2 for all three canvases, and paint that I already had on hand, this was quite the low-budget, high-impact project.

Have a great day!

Good morning! Carrie here, from Dream Green DIY, back to show you my favorite way to celebrate the fall season. I think I can speak for the majority of us when I say that boots, pumpkins, scarves and pumpkin spice lattes have us all leaping for joy over the beginning of fall. It didn’t take my husband and I long to jump head first into the season by revamping our front door with a new wreath fit for the colors and rustic feeling of fall.

Burlap cut into long, thin strips (amount will vary based on the size of your wreath form)

Three squares of felt in your favorite fall hues

Start by wrapping the end of your first burlap strip around to the back of your wreath form and staple in place. Then continue to wrap the burlap around the wreath, using staples every now and then, until you’ve covered the entire wreath.

Next, lay out your felt and choose your first color. I wanted to make leaf-like shapes, so I went with a simple curved template. I cut the smallest leaves first and then laid one of the forms on top of the second sheet of felt, tracing a replica shape in a slightly larger size.

After cutting this second, slightly larger set out, I laid one piece on the last piece of felt and did the same thing – Tracing another slightly larger size, and then cut the final set out.

Once all three sizes and colors were cut out, I sandwiched them all together to create colorful felt leaves. To attach them to the wreath, I used my staple gun to put a single staple in the center of each three-layered leaf. Why staples?

Our front door happens to be in direct sunlight most of the day so, even on a chilly day, anything hot glued is quick to melt and fall apart. If this isn’t an issue for you, by all means, break out the hot glue gun! A set of pretty pearl-topped pins could also do the trick for adhering the felt leaves to the straw wreath.

This oh-so-simple method has become a mainstay in our home, ever since crafting together a flowery version for the spring and summer. An added bonus is the naturally sweet smell of straw and burlap welcoming us through the front door every time we come home.

What are YOUR favorite ways to decorate for the fall season?

Carrie Waller is a freelance writer and designer living in Lynchburg, Virginia. Her DIY blogging features for Burlap+Blue are available the second and fourth Thursdays of each month. For a real-time rehash of her home renovation projects and other DIY how-to’s, visit her blog at DreamGreenDIY.com.

Guys! These watercolor succulent printables just might be my new favorite thing. I love the sweet watercolors and whimsical succulents. I couldn’t decide which background I liked better, so it’s available in both plain white or chalkboard! 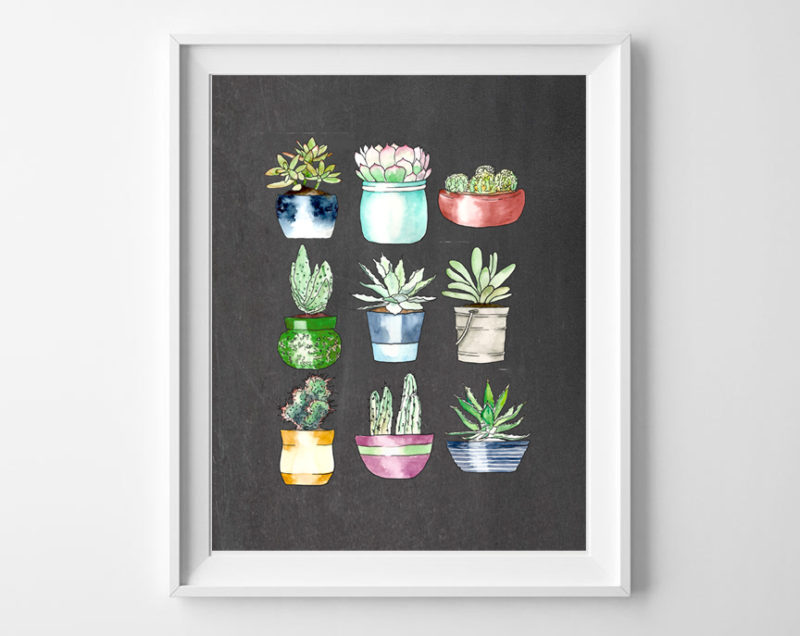 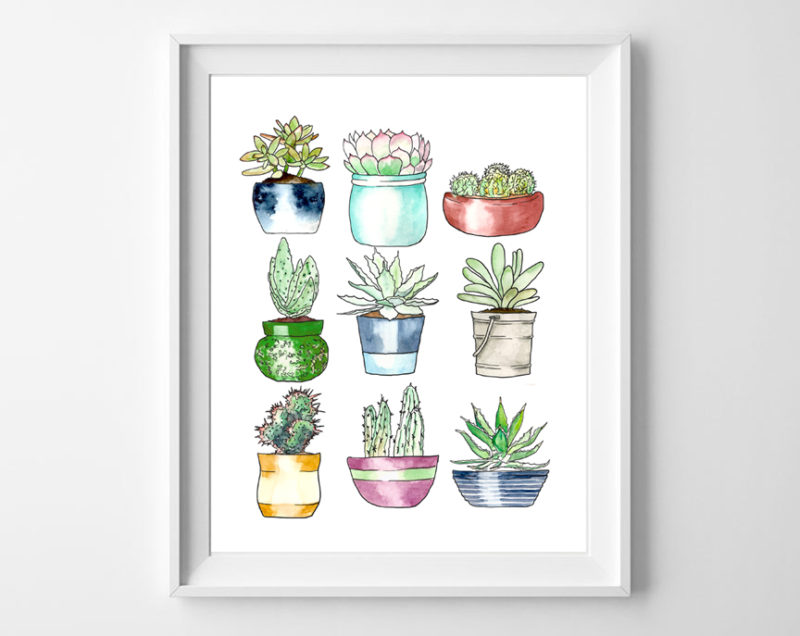 I often get asked about what frames I use for the art around my home–this set of 7 solid wood frames is my go-to; you can see them in action in this gallery wall post!  Basically, I love frames that are white, flat, and matted. Simple, in my opinion, is best! 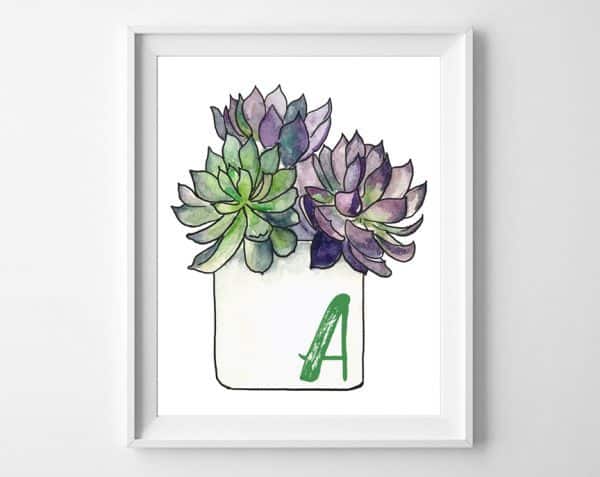 Looking for something to coordinate with your succulent printables? These succulent alphabet initial printables are just the thing!

Thanks for reading all about my succulent wall art printables! Have a fantastic day!

If you’re a blogger, you probably have many different blogging goals. Making an income, making a difference, having your voice heard, and putting your efforts into something you love are all common ones. Just as common, though, is the desire to have a blog post go viral.

Wanting a viral blog post is nothing to be ashamed of. It’s highly validating to have something you’ve written or created become popular, and it’s true that a viral blog post can be a great source of unexpected income. More than that, though, it’s a good feeling to know that something you wrote resonates with others, that’s a big reason people become bloggers in the first place, after all. 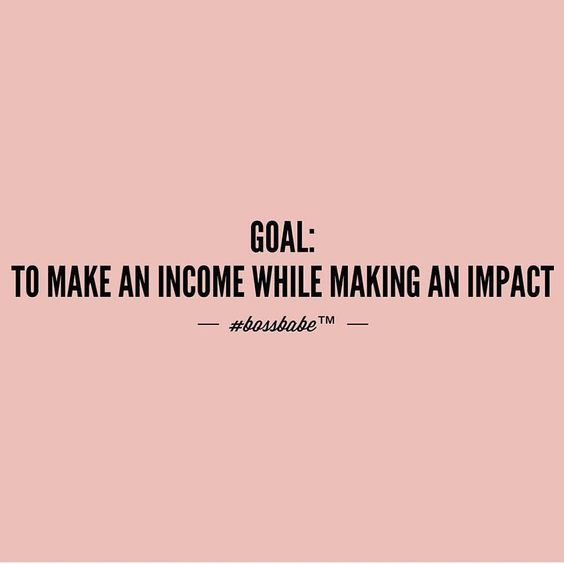 For the record, though, there is no set number of likes/shares/comments, etc. that determines whether or not a post has gone viral. In short, a post that is considered to have gone viral is just one that spreads rapidly throughout a population. It gets lots of engagement, and is shared often. If a post has gone viral, it’s not just your readers who are seeing it; a viral post gives your post, video etc. lots of new eyeballs as it’s shared across social media.

I’ve been blogging for almost 10 years, and I can count on two hands the number of posts that have gone viral. This flower pillow post was one of my first viral posts, this Fixer Upper post is a recent viral post, as is this post on the benefits of floor beds for toddlers.

There isn’t a set formula for exactly how to get a post to go viral, but there are some key factors that will definitely impede your post’s chances of reaching that goal. Today, I’m sharing 5 reasons your blog post didn’t go viral. This pertains not just to blog posts, of course, but videos, social media posts, etc. Read through them, and let me know your thoughts in the comments!

It’s too niche. Viral posts tend to be relatable to a large portion of the population. You probably won’t share something that isn’t of interest to you, after all. Your post on your favorite fly fishing gear may be fantastic, and may make the rounds in certain circles, but is less likely to spread rapidly through the general population.

It’s difficult to share. This is an obvious one, but it’s all too often overlooked. Make sure that your posts have social sharing buttons so that it can be shared with a click of the mouse. Make sure your tweets don’t contain obvious spelling errors; make sure that your FB settings allow folks to share your posts. On Pinterest, ensure that you have a styled vertical image with GREAT pictures. The easier it is for people to share your work, the higher the possibility that they will! 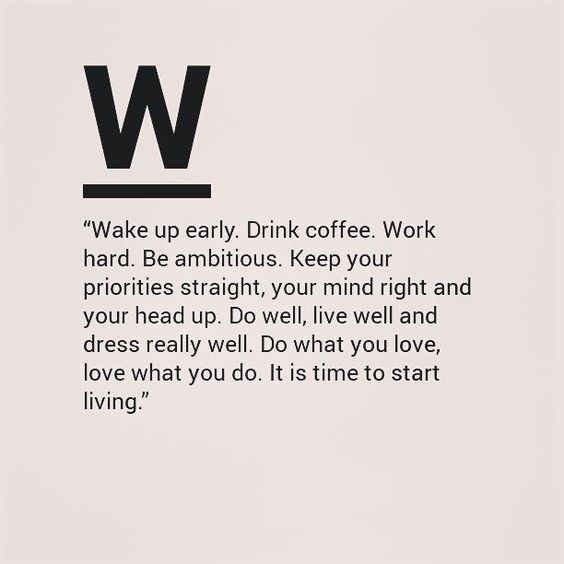 The timing is all wrong. If you’re a blogger, this is where an editorial calendar comes in. Publishing your fantastic organizing post in January will probably give it a better chance of doing well than publishing it in summer. Holiday content does the best right before the holiday; it’ll probably not go viral months beforehand. Think about what’s on people’s mind and what people are prepping for. This will give you a good idea of content that has the best chance of reaching the most people.

This is a lesson that most bloggers don’t realize right away, but unless your content is seen by as many eyes as possible, it probably won’t make the impact you’re looking for. Well-promoted content, via social media, syndication and sharing site is the best way to reach as many people as possible. 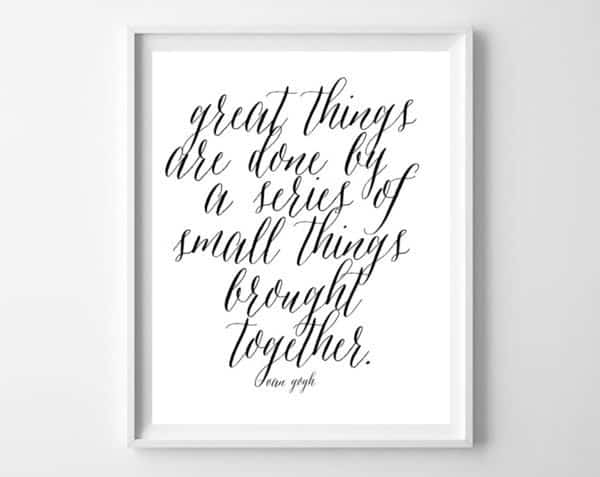 While there’s no set list of things to definitely do or don’t do to make your post go viral, these 5 tips are a good place to start! Above all, create content that resonates with people, and that you believe in, and you’ll (hopefully) have that elusive viral post in no time!

Thanks for reading all about 5 Reasons Your Blog Post Didn’t Go Viral. Have a fantastic day!

These gorgeous and rustic initial printables feature fall foliage and a gold initial!

There is so, so much I love about these fall initial printables.

The warm color scheme goes perfectly with so many decor styles, and the fall foliage is a bit rustic and a bit whimsical. These are perfect for fall, but can live in your home year-round!

Just click on the initial you’d like below, save to your computer, and send to your favorite photo printer. Files print best at 8×10, on either matte cardstock (my favorite choice) or glossy photo paper.

I often get asked about what frames I use for the art around my home–this set of 7 solid wood frames is my go-to; you can see them in action in this gallery wall post!  Basically, I love frames that are white, flat, and matted. Simple, in my opinion, is best!

If this isn’t exactly what you’re looking for, we have so many more sets of free name art printables here! And even MORE home decor printable wall art can be found here!

Thanks for reading about my fall initial printables! Have a great day!